Slagga is one of the rarest submachine guns in Borderlands 2. If you want to know more about SMG, follow our guide.

What is the Slagga Legendary Submachine Gun?

The Slagga is made by the bandits and is one of the best submachine guns to do a lot of damage in the shortest amount of time possible. It fires 3 projectiles per shot and also has an increased elemental effect chance. However, this comes at a cost of reduced bullet damage.

Thanks to the high slag chance, big projectile count, and nice magazine size, you can capitalize on Slagga by utterly destroying the opponents even if they’re resistant. It is one of the most useful weapons in Borderlands 2.

The Different Available Elements for the Slagga

The only element available for Slagga is slag.

How To Get the Slagga?

Like a lot of other guns, you can randomly get it from any suitable loot source, however, in order to have high chances of getting the Slagga, you should beat Tector & Jimbo Hodunk to get it. They can be found in the Dust.

The Slagga can also be found from the Sorcerer’s Daughter who resides in the Lair of Infinite Agony.

What is the Slagga’s Gibbed Code?

You can use Gibbed Code in Borderlands 2 to add an item to your inventory. When we talk about the Slagga’s Gibbed Code, it is as follows: 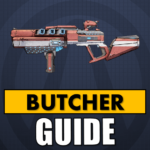 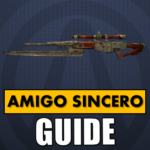