Athena the Gladiator is one of the best, if not the best playable character in Borderlands Pre-Sequel. She is a great all-rounder in all sorts of situations. Whenever it’s about mobbing or bossing, Athena can pull anything off.

If you are considering playing (or you already play) the Gladiator, then it’s best to know some great builds for Athena. This guide has gathered some of the best Athena the Gladiator builds, from level 0 to level 70. Before diving into builds, it’s good to know a little about Athena and her skills to get the most out of her.

A brief presentation of Athena

Athena the Gladiator has a secretive past in Borderlands Pre Sequel, and the game doesn’t tell you much about her. The only known thing about her is that she is one of the trained assassins of Atlas Corporation. After the training, all the other assassins, along with Athena, were recruited by Crimson Lance.

Athena has a shield and a skinny build. In the original appearance, she is seen wearing a black cloak with a gun and shield in her hands. She looks extremely cool and has a very agile-looking body to compliment her assassin’s reputation.

Her action skill is Kinetic Aspis, based completely on her shield. It allows her to raise her shield and charge it. After charging it, she can throw it at the enemies and release all the stored power. Due to her abilities, speed, and everything in between, she makes up for an extremely great playable character for both solo and coop.

Phalanx Skill Tree: The skill tree is about Aspis’ offensive and defensive abilities. Additionally, there are a few skills to aid your teammates and reduce incoming damage.

Xiphos Skill Tree: This skill tree is based on melee and its damage and abilities. There are also bonuses and bleed effects in some skills.

Ceraunic Storm Skill Tree: Lastly, this skill tree is about elemental abilities, especially fire and shock. Furthermore, you have stacking and other Maelstrom-related skills.

Invictus: Each level increases damage by 7% for thrown Aspis.

Ephodos: Each level increases gun damage and movement speed by 4% when Aspis is active.

Vanguard: Each level helps you and your allies regenerate health while Aspis is active.

Hold the Line: Each level increases the time you can hold Aspis by 1.1s.

Prismatic Aegis: Your kinetic Apsis will store all elemental attacks and then throw them back.

United Front: Each level increases your shield capacity by 4%, and 5% of the damage the Apsis take is converted into the shield for you and your allies.

Clear!: Whenever you throw your Apsis, the damage in Fight For Your Life increases by 40% for allies.

Stalwart: Apsis can absorb your friends’ gun damage by 20% and increases your max health by 5% per level.

Return Fire: There is a 10% chance that bullets and lasers will bounce back from Apsis with  the damage absorption.

Prepare for Glory: Whenever you active Apsis, your enemies will likely attack you and increase the gun damage stack by 2% per attack.

Wrath of the Goddess: When you throw Apsis, it will bounce from the enemies, with 33% damage reduced each bounce.

Gun Kata: Each level increases gun damage by 3% and melee damage by 10% after a kill for a short time.

Clarity of Purpose: Each level increases melee damage by 5% and max health by 3%.

Mercurial: Whenever you kill an enemy, your movement speed and damage increase.

Omega-Senshu: When enemies’ health is below 50%, you deal 7% extra damage.

Rend: Enemies will bleed with melee attacks and add non-elemental damage over time for 12 seconds.

Bloodlust: Each level lets your regenerate health by 0.8% per second for every enemy bleeding.

Epicenter: This skill will make your Slam attack pull enemies towards you and deal damage.

Tear: Each level increases your damage against bleeding enemies by 7%.

You’ve Got Red on: When you kill an enemy with bleed or melee attack, he explodes and deals damage.

Fury of the Arena: Each level gives you a 2% fire rate for every bleeding enemy.

Blood Rush: You can lunge at the enemy to kill them with a furry of melee attacks by pressing the melee button. The skill has a 10s cooldown, but no cooldown is applied if you kill or make the enemies bleed.

Storm Weaving: When you swap weapons, your fire rate and elemental effect chance increase by 7.5% and 25% for nine seconds.

Maelstrom: A stack skill that increases all elemental damages by 0.2% per stack.

Gathering Tempest: Each level increases your magazine size by 8% and reload speed by 5%.

Conduit: For each maelstrom effect, you regenerate 0.02% of your shield per second when you have electrocuted effect on an enemy.

Smite: When you have a ten maelstrom stack and attack the enemy midair, they will explode and cause incendiary and shock damage.

Unrelenting: Whenever you kill an enemy, your weapon swap speed and fire rate increase depending on maelstrom stacks.

Superconductor: Aspis get a chance of 10% to shock nearby enemies.

Elemental Barrage: Your weapons get a chance to not consume ammo by 6% and an additional amount depending on maelstrom stacks.

Overload: When you kill an enemy with electrocuting or burn effect, there is a chance the effects will spread to nearby enemies.

Flash Freeze: You will not lose or gain maelstrom stacks in a flash freeze.

Hades’ Shackles: When you use the slam attack, you will be linked to nearby enemies with electric shackles, and with each kill, you will get 20 Maelstrom stacks.

As some players suggest, Athena is a great starting character, arguably the best. We can go with many builds, but we will go with an offensive build for this guide. It’s a Ceraunic Storm tree-based build that is great for the offensive. The build mainly uses Aspis, but you can be aggressive initially.

Athena has no major issues, but using the wrong build at the beginning could ruin your entire game. We recommend following the leveling guide below to level your Athena to get the most out of her during the early game. Ceraunic Storm has some of the best Athena skills, so you can not go wrong there. Here is how you should level Athena in Borderlands Pre-Sequel.

Level 0: Start the game and level up.

After leveling your Athena, you should have a build looking like the one below:

You can choose many builds for Athena at mid-game, but only a feware the best. Below are the two best Athena builds for mid-game in Borderlands Pre-Sequel.

Athena – the God of Thunder build

This build is an off-tank build, meaning your job will be to take the heat of the battle on yourself. This build is also great for fighting opponents and dealing heavy damage. It’s based on the Ceraunic Storm skill tree, which is all about elemental abilities. It’s going to increase your overall survivability and elemental damage.

The creator of this build was easily able to solo some of the most powerful enemies in Borderlands Pre Sequel. Some of them include Iwajira, Empyrean Sentinel, and Invincible Sentinel. This means that this build is going to work great in solo games, as well as coop games. There is no way that one can go wrong with this build.

Athena – the Goddess of the Storm build

A heavily storm-focused build that is just overpowered with the right player. It has all the skills you need to get the most out of your Athena. The guns, the skills, and the items are all there just to make Athena one hell of a force to deal with.

The build works for both solo and coop games. With this build, make sure to use Fire Hail, Hyperion Shotguns, Badaboom, and Black Hole relic to get the most out of it. It’s a great build with the right equipment because you can only get the bonuses and effects from this build then. But if you don’t have them, use the best ones available.

The creator of this build wanted to create something other than a melee build for Athena, so he went with an elemental build. This build is great for downing enemies, regenerating shield, health, and overall damage. Additionally, certain skills help you get bonuses with shock attacks and grant you a chance not to consume ammo.

The build is great for both solo and coop games. You can use many different guns to maximize your elemental effects. Furthermore, there is also a rocket launcher with this build which is one of the best, if not the best, in Borderlands Pre-Sequel. Overall, if you use the build and get used to it, you will be a force to reckon with in solo and coop games. The skills used in this tree are from all three skill trees. That said, the build is based on Ceramic Storm and Phalanx tree. This build is built by skills such as Storm Weaving, Conduit, Elemental Barrage, Flash Freeze, Omega-Senshu, Hold the Line, Return Fire, and a few more. We don’t recommend changing the build unless you know what you are doing.

The build creator believes Athena is a great character for beginners and a beast for advanced players. The Alpha Promachos build is a great alternative to the usual ceramic builds. It’s a Xiphos tree-based build or uses it along with the other trees to make Athena more powerful.

The build is great for both solo and co-op games. You can get a lot out of this build with the proper weapons and items. The build compromises many skills from all the trees, so it’s hard to pick any important skill as all skills are important. You should only change or mix and match the skills if you really know Athena well. 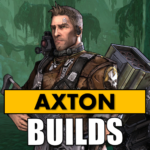 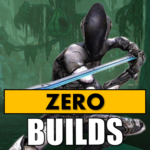 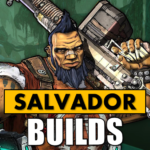 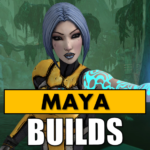